Same sex relationships in the eyes of the law

Sadly, the debate surrounding whether same sex couples should have the same right to marry as heterosexual couples has elicited vitriol from both sides of the debate much of which is based on misinformation as to the impact the right to marry will have on families  and society in general.

The Commonwealth Marriage Act 1961 (“Marriage Act”) defines marriage to mean the union of a man and a woman to the exclusion of all others, voluntarily entered into for life.  Accordingly, to enable same sex couples to marry, Parliament would be required to pass legislation to amend the Marriage Act to include that marriage not only means marriage between heterosexual couples but also includes the union of same sex couples.  Any amendment to the Marriage Act will be determined not only on the vote of the Australian people but also on the passage of legislation through both houses of Parliament.

At the time of the 2004 amendment to the Marriage Act there were reforms legalising same sex marriage in a number of overseas jurisdictions.

Once same sex couples prove the existence of their relationship, whether by registration or by satisfying a number of criteria, they have the ability to divide the property of their relationship, including superannuation entitlements, under the terms of the Family & Relationship Law Act 1975 (Commonwealth) as do married couples.

Same sex couples are able to enter into Financial Agreements to divide their property or to determine how their property should be treated prior to entering into a relationship.

Married couples and parties in a defacto relationship, including same sex couples are able to access IVF.  In 2008, new provisions were introduced into the Family & Relationship Law Act to extend legal parentage to lesbian co – mothers, that is the mother who did not give birth to a child.  The ability of same sex couples to be permitted to marry will not affect their rights to access IVF.

With respect to IVF, the difference between married and same sex couples is that if  married couples use IVF, both spouses are automatically legal parents whereas if couples are in a  defacto relationship or a same sex relationship, their child’s parentage depends on whether a de facto relationship is proven to exist.

Same sex couples are eligible to commission a surrogate as are married and defacto couples.  Surrogacy is also available if the intending parent is a single male or a male in a same sex male relationship.

Despite the hype and vitriol around the yes and no campaigns, in summary, whether the Marriage Act is amended to provide for the marriage of same sex couples, little will change in so many aspects of family life and society in general.

If you require advice or further information in relation to any of the matters discussed in this article, please contact our Family & Relationship Law team on 03 5273 5273.

If you require advice or further information in relation to this article, please contact our Family & Relationship Law team. 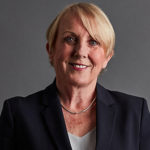 In family law parenting proceedings, the Court has the power to order for the appointment of a lawyer to represent the best interests of...

Family & Relationship Law 8 January 2018 Do I have to give them half?

There is common misconception that once you enter into a de facto relationship or a marriage that your partner is automatically entitled to half...